Everything about reporting, viewing and feedback. 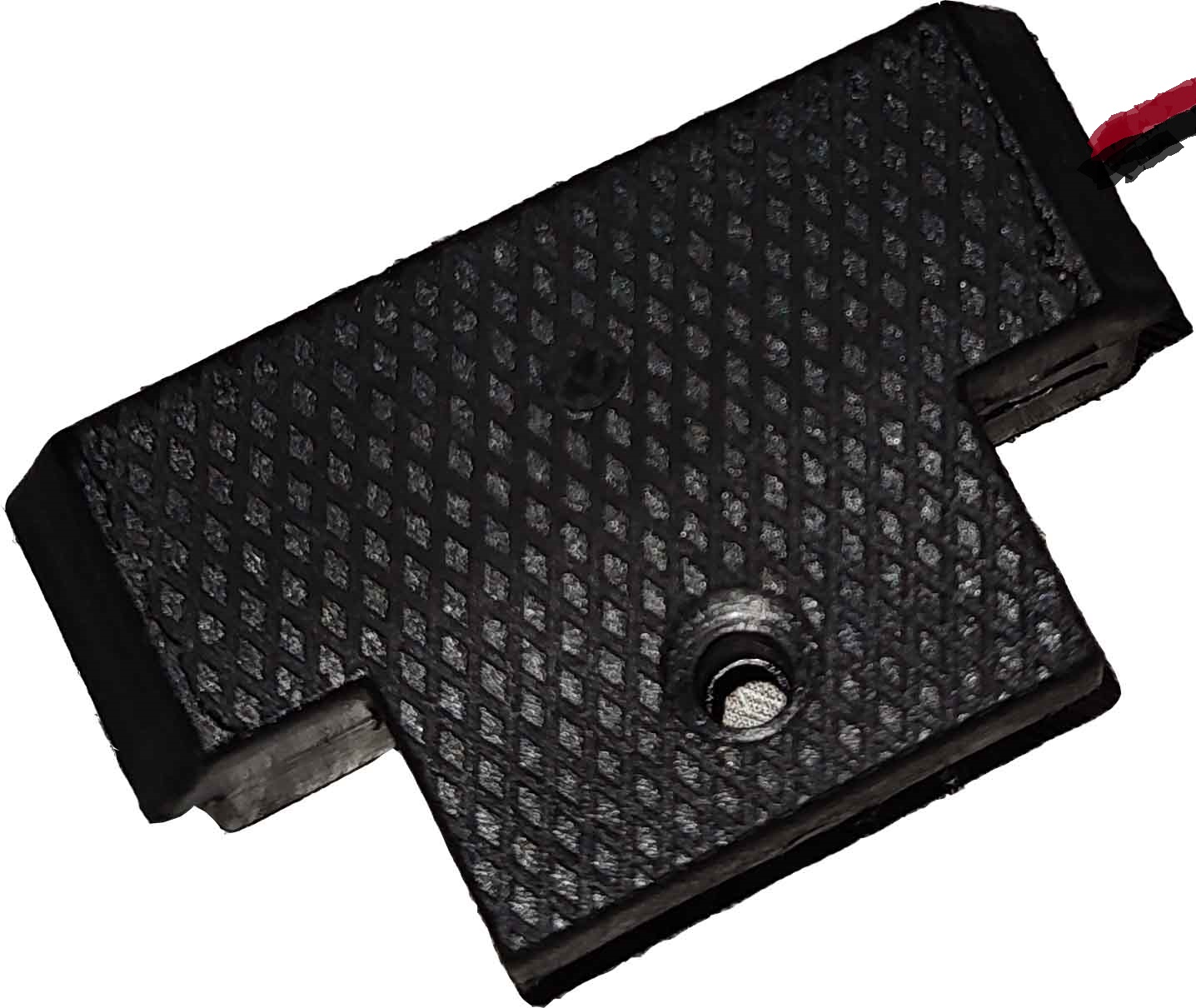 The MD mXion DGK is a 1-channel radio feedback module completely potted in a weatherproof manner which can be hooked into a typical SPUR G track. The DGK can be triggered by the integrated REED switch when it is driven over and send the switching command as a turnout command or feedback command to the control center. Completely wireless and completely without complicated wiring. You can find more information in the .

The MD mXion XP-TM16 is a 16-fold turnout control desk and display module. With the help of this module, it is very easy to be able to switch digital turnouts manually (e.g. via buttons or switches) as well as digitally via the control center. The turnout position is also indicated by LEDs. You can connect any number of modules to the XpressNet bus or LocoNet bus as with our central units (30Z, MZSpro) and thus easily build your own control desk without having to forego the digital advantages. For details, see the . 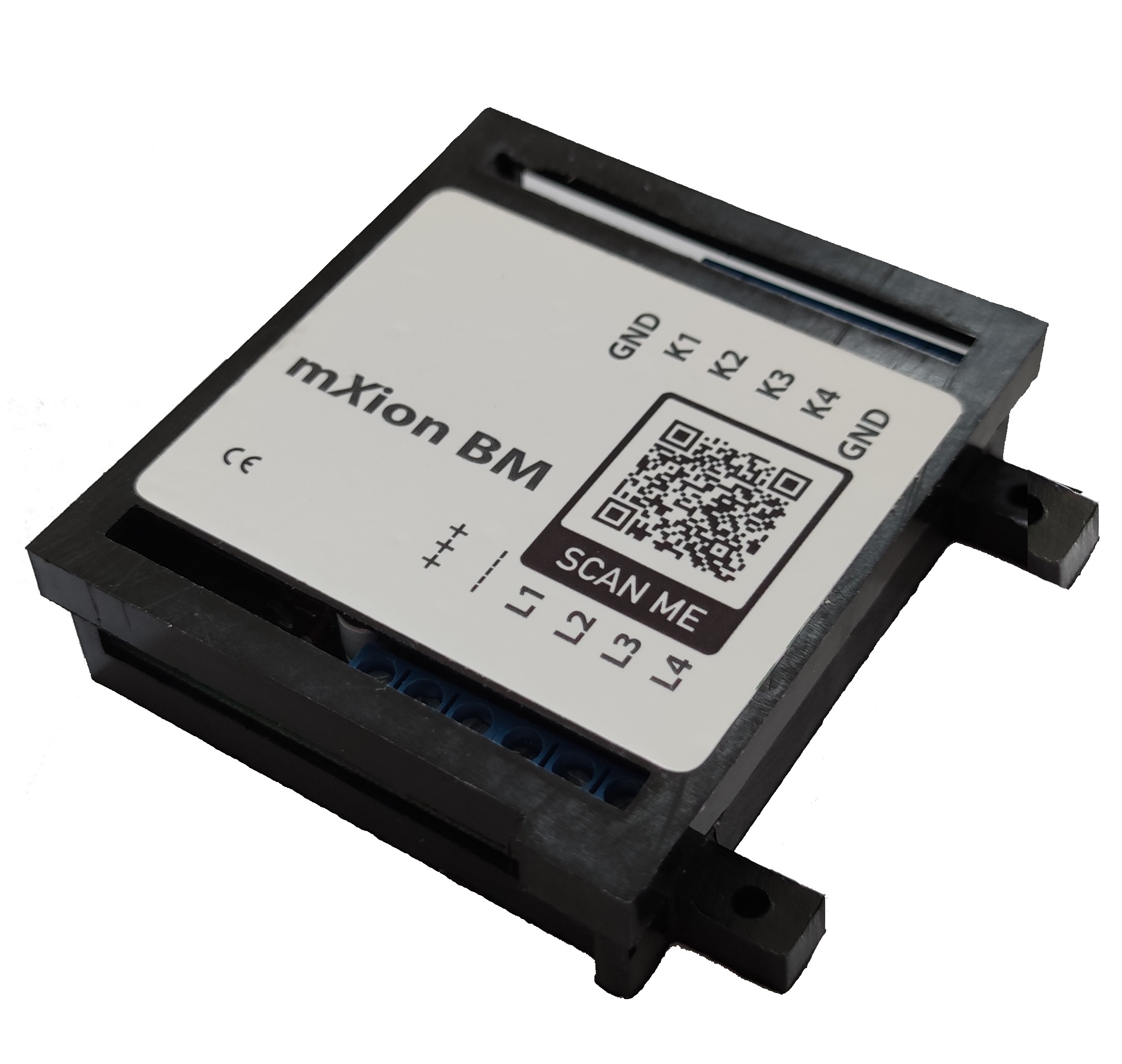 The MD mXion BM is a universal, analog and digital track occupancy detector. The BM supports all digital formats and systems and can be operated with every feedback block. Due to its 4 channels with 8A load capacity each (10A tip), the module is also suitable for the garden and large-scale area. In addition, the module has integrated LEDs (eg for track consoles or for indicating occupied sections). Of course, it is possible to set the CV current for each channel. This makes it ideal for creepage currents. For details, see the .


The MD mXion RBM is a universal, analog and digital track occupancy detector. The RBM supports all digital formats and systems and has already installed an S88, LocoNet and XpressNet feedback module. Thanks to its 4 channels, each with a load capacity of 8A (10A peak), the module is also suitable for garden and large-scale railways. In addition, the module has a 5V controller and integrated LEDs for displaying occupied sections. Thanks to the integrated XpressNet and LocoNet feedback, it is possible to set various switching tasks using CV programming, so that you can, for example, switch points, feedback and the whole thing is normal, level and direction-dependent. Of course it is possible to set the current strength for the detection by CV individually for each channel. This makes it ideal for use with leakage currents. Thanks to the 4 separate contact inputs, a total of 8 sections can be monitored (with an additional BM module). For details, see the . 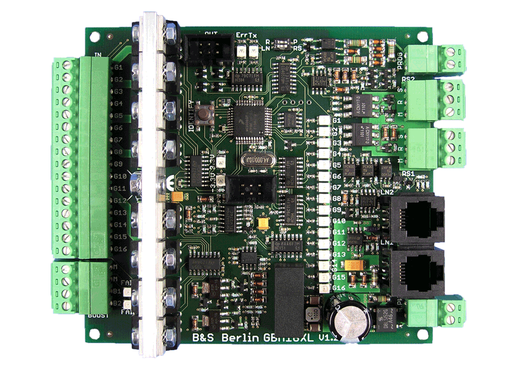 The MD mXion GBM16XL is a non-RailCom®-capable track occupancy detector for digitally controlled model railway systems, which works according to the principle of current measurement. Power diodes mounted on an aluminum heat sink serve as current sensors. In addition to the 16 channels, each of which can be loaded with 8A, the detection current limit can be fine-tuned via CV in 15 steps. Of course, the GBM16XL can be updated via LocoNet and shows the occupancy status via LED. The GBM16XL Monitor and control a sensor-controlled reversing loop directly with the associated reversing loop module KSDGBM16X. A GBM16XL can control up to 4 reversing loops and thus monitor perfectly without short circuits. We got this module from Blücher-Elektronik in 2021. You can find more information in the .